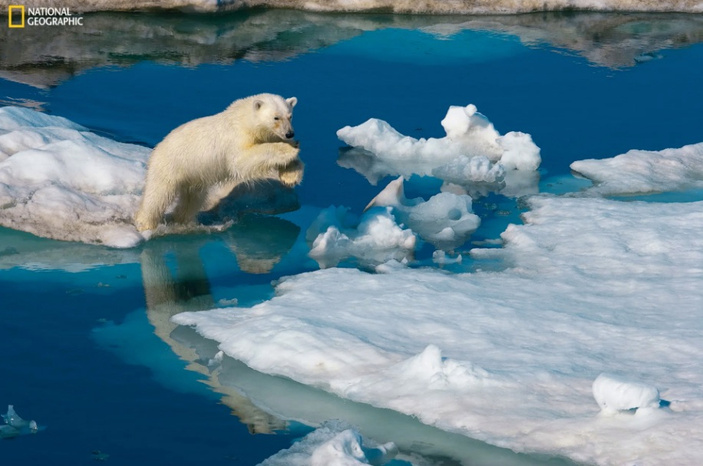 A polar bear leaps between islands of ice in the Arctic. The photo by Paul Nicklen is part of a National Geographic exhibit on display at the Texas State Aquarium through Sept. 3.

An exhibit of stunning photographs taken by National Geographic photographer Paul Nicklen will be on display at the Texas State Aquarium through Sept. 3. Access is included with admission or membership.

The exhibit “Polar Obsession” features up-close images of wildlife taken in the Arctic and Antarctic. Nicklen grew up in a small Inuit community in the Canadian arctic, where he developed a passion for the region’s wildlife. The results of his lifelong passion are part of a traveling exhibit organized by the National Geographic Society.

The 57 photos in the exhibit are drawn from 150 images in Nicklen’s National Geographic book “Polar Obsession.”