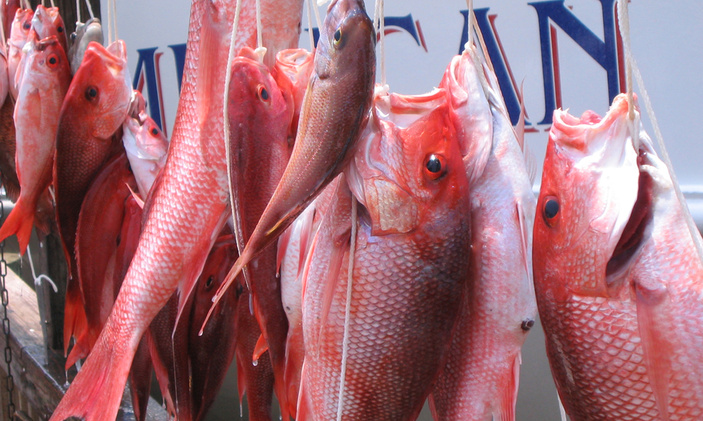 Red snapper season in federal waters will begin June 1 for both recreational anglers and charter boats. The season for individuals will last 63 days; for charter boats, 62 days.

While NOAA determines the chartered fishing boat season for red snapper caught in federal waters, which is 9 nautical miles from shore, the five states that border the Gulf of Mexico have recently been given authority to set their own dates.

Bag and size limits will remain the same as last year: two fish allowed per person per day and size limited to a minimum of 16 inches in federal water. Limitations in state waters are four fish per day per person and no smaller than 15 inches.

Dates are determined by last year’s catch, known as “historical landing data” by researchers at the National Marine Fisheries Service, which granted Texas, Louisiana, Mississippi, Alabama, and Florida the authority to determine opening and closing days.

June 1 has long been the traditional opening day for red snapper fishing in the Gulf of Mexico. How long the season remains open is always the question. Seasons can be closed early if the allowed poundage of fish are caught before the estimated closing date.

Currently, COVID-19 is not expected to affect red snapper season, according to the Texas Parks and Wildlife Department, which will monitor the situation and track data.

Speaking about Math...........someone tell me how the Tx Recreational Red Snapper Allotment is monitored (265,105 pounds for the 63 day season) and how can the recreational angler monitor the poundage collected during the 63 day Federal Waters snapper season?

Your math is incorrect.