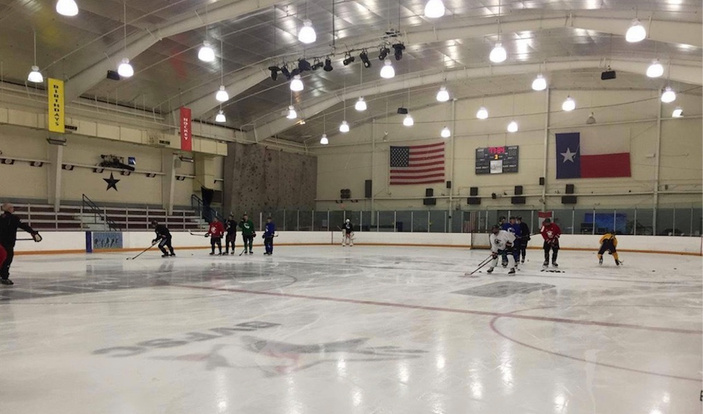 The Corpus Christi IceRays in training camp at Spirit Ice Arena in College Station in August. The IceRays don’t play on home ice this season until October 10. Courtesy photo

Last week of the year without the Corpus Christi IceRays in play! The IceRays hit the ice for three preseason games next week in North Richland Hills. If you can’t go, you can watch them on HockeyTV.

The IceRays are making it easy to plan ahead for home games this year. If you’re visiting the Coastal Bend for hunting season, year-round fishing, or just because Corpus Christi is a great place to be, the IceRays’ home opener for the 2019-20 season isn’t until October 10!

The IceRays play the first 11 games of their 22nd season on the road, including the four-game 2019 National American Hockey League Showcase in Blaine, Minnesota.

The first game on home ice will be against the Odessa Jackalopes, one of the seven Southern Division teams in the league. This year, newcomers the New Mexico Ice Wolves join the lineup of 60 regular season games in the Southern Division.

Highlights this year include a New Year’s Eve face-off against the Shreveport Mudbugs at 5:30 p.m. December 31. The Corpus Christi team will also represent in the NAHL Top Prospects Tournament in Attleboro, Massachusetts, in February 2020. The IceRays hope to be part of the 2020 NAHL Robertson Cup National Championship in May at Fogerty Arena in Blain, Minnesota.

Before the national championship, they have to deliver a winning season, which begins Friday, September 13, against the Topeka Pilots in Topeka, Kansas.