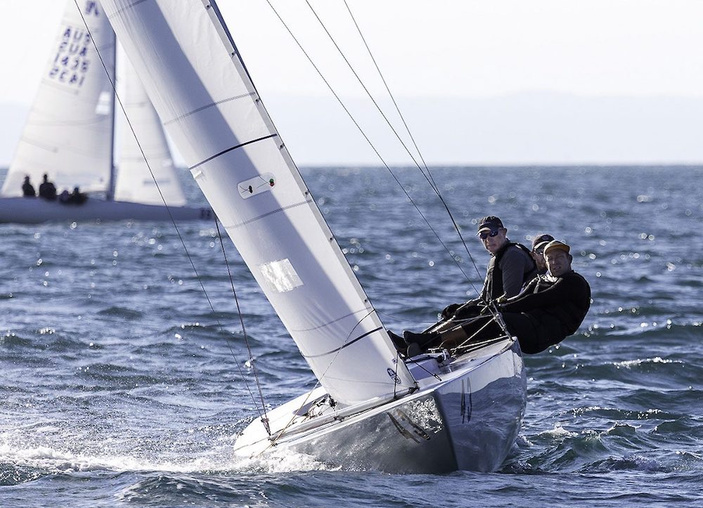 The Etchells World Championships are coming to Corpus Christi Bay on June 19-29. Hosted by the Corpus Christi Yacht Club, Etchells has staged its annual international sailing competition in Australia, Italy, Hong Kong, and New Zealand, among other countries. This the first time Corpus Christi will host the event.

Etchells are racing sloops that can compete with three or four sailors. Originally designed and built by E.W. "Skip" Etchells, the prototype Shililah was created to compete in the International Yacht Racing Union 3-man keel boat trials of 1966. The racer became known as the Etchell in 1990. Over the years, the boat has grown in popularity and is now one of the most successful one-design classes in the world.

Fans call it the “ultimate tinkerer’s keelboat.” The boat remains true to its original design, but sailors of differing skills have varying experiences and are forever changing how it rides the water, according to an article in Sailing World.

Sail shapes can be altered to change how the helm tugs. Each of its two jibs come with a variety of batten choices. Just about every item on the boat is adjustable. Sailors call Etchells “cerebral boats” because of the constant adjusting needed as conditions change.

The Corpus Christi-based competition will feature 35 teams from the United States, Canada, Great Britain, Australia, the Netherlands, Hong Kong, and Bermuda. Of those, 18 are U.S.-based.

The schedule of events includes:

The closing ceremony and awards will be held at the Corpus Christi Omni Hotel.

The Corpus Christi Marina boat ramp on the Coopers Alley L-Head will be closed during the 10-day event. Boaters may access the Nueces Bay boat ramp located on North Beach at 5151 West Causeway Boulevard. For more information, contact Marina Superintendent Gina Sanchez at (361) 826-3980 or ginas@cctexas.com.