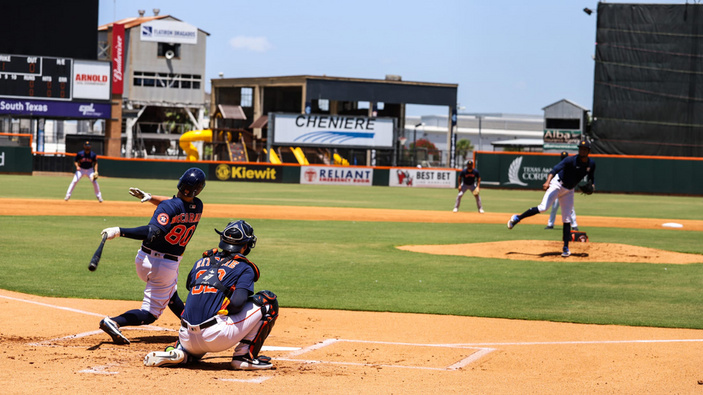 The Corpus Christi Hooks return to Whataburger Field on May 4 for the first home opener since the 2019 season. The 2020 season was canceled due to the coronavirus pandemic. Courtesy photo

The Corpus Christi Hooks are ready to get back into the swing of things. The Double A minor league team for World Series champions Houston Astros goes up against the San Antonio Missions during its first home opener after COVID-19 benched the 2020 season. Game 1 of the four-game season against the Missions begins at 6:35 p.m. Tuesday, May 4. “The team and staff are really excited to get back to playing after waiting for 19 months,” said Michael Coffin, director of Broadcast and Media Relations.

In April, Whataburger Field hosted the Houston Astros, serving as an alternate training site until the start of the 2021 Major League Baseball season.

Fans can expect to see a few changes when they return to the field next month, including a touchless, automated food delivery system and a reverse ATM distribution machine.

“Instead of inserting your ATM to get cash, we will have machines where you can add cash and in exchange, participants will receive a plastic card back that can be used for concessions or other game-day purchases,” Coffin said.

Digital ticketing also will be implemented. Guests must buy tickets either online or by phone (see below for details). Because of the occupancy restrictions, only two tickets can be purchased per person.

A limited bag policy will be applied for attendees allowing only clutch purses, diaper bags, or medical bags.

Other new features have been added to enhance audience game-day experience. Two massive LED video boards have been installed and new netting has been extended to encompass all seating areas to protect fans against foul balls.

“We also added a hospitality area that can be reserved by group parties that we have nicknamed the ‘Concourse Suite,’” Coffin said. “(It) is sectioned off along the concourse with couches and a relaxing atmosphere and a great view up to first base so guests can enjoy a VIP suite experience.”

Masks will be required inside Whataburger Field ballpark, on the concourse, and inside facilities. The only exception will be attendees eating at their assigned seats. Consuming food and drink in other areas of the ballpark, such as the corridors or on the concourse, will not be allowed.

“Depending on the local official rules and whatever the COVID-19 statistics may be during that time, we might be looking at a capacity of anywhere between 50- 70 percent occupancy, which could possibly increase in July,” Coffin said.

The team is also breaking in a a new manager. Former Major League infielder Gregorio Petit, 36, was named Hooks manager by the Houston Astros in 2020 but has had to wait a year to get started. A native of Ocumare, Venezuela, Petit is the eighth manager in the team's 17-year history. He played 15 seasons of professional baseball, from 2003 to 2018, including a stint with the Astros in 2014, when he hit .278 in 37 games.

“He cares deeply about the players and their development toward contributing at the big-league level,” General Manager Brady Ballard said in a statement. “I know he also wants to leave a lasting impact on our Coastal Bend communities, and I’m confident our fans will admire him from game one at Whataburger Field.”

As the season gets underway this year, the team is looking forward to welcoming fans back into the stadium after more than a year of challenges, Coffin said.

"We appreciate the patience of our fans," he continued. "We hope that May 4 and beyond will be the beginning of getting back to normal."

Find the upcoming schedule of games online. You can also purchase tickets here or by calling 361-561-4665 (HOOK). Season tickets are also available now.

No thanks, stupidity reigns. 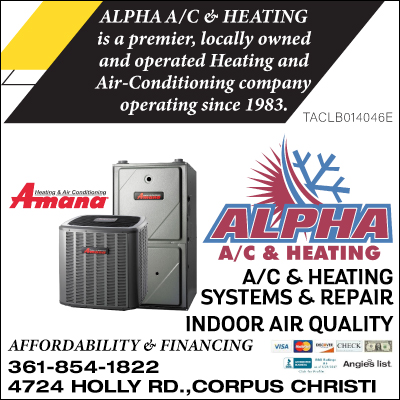