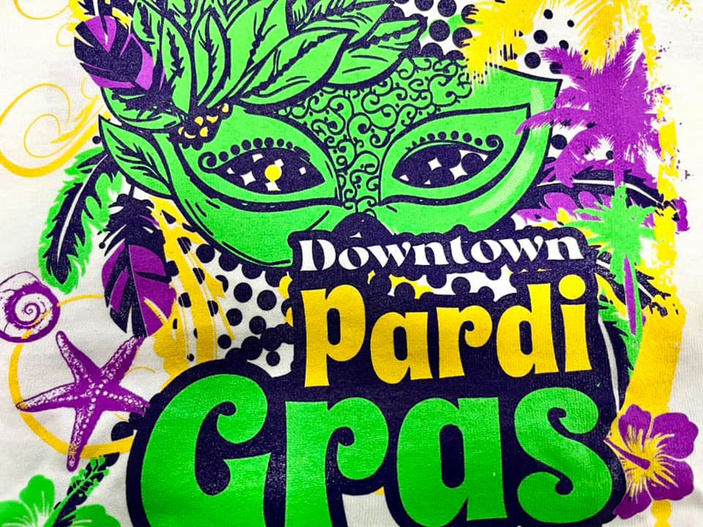 The Aransas Pass Chamber of Commerce brings the excitement of Mardi Gras to Commercial Street with the first-ever Pardi Gras, which features a parade, gumbo cook-off, and more. Courtesy photo

Aransas Pass will let the good times roll as it celebrates the inaugural Pardi Gras from 10 a.m.-6 p.m. Saturday, Feb. 19. A 10-block-long parade kicks off the event at 10 a.m. The route begins at the intersection of Commercial Street and DeBerry Avenue and will travel northbound on Commercial and end at Wheeler Avenue.

Floats and trailers, cars and golf carts, walking groups and marching bands will strut their stuff, throwing candy and beads. They are competing for a cash prize of $350 for the best overall themed float in the parade.

At 11 a.m., the street closes between 203 and 360 Commercial Street to make way for Pardi Gras vendors, food trucks, live music, and dancing. Admission is free.

One of the draws to Pardi Gras for some will be the gumbo cook-off. First place wins a two-night stay and flights for two to New Orleans. Second place is $350 cash. The People’s Choice award is $100. All three categories receive a trophy.

Mardi Gras is also known as Fat Tuesday and Shrove Tuesday, the day before Ash Wednesday, a Christian holiday marking the start of the season of Lent, the 40 days before Easter. Fat Tuesday is March 1 this year.