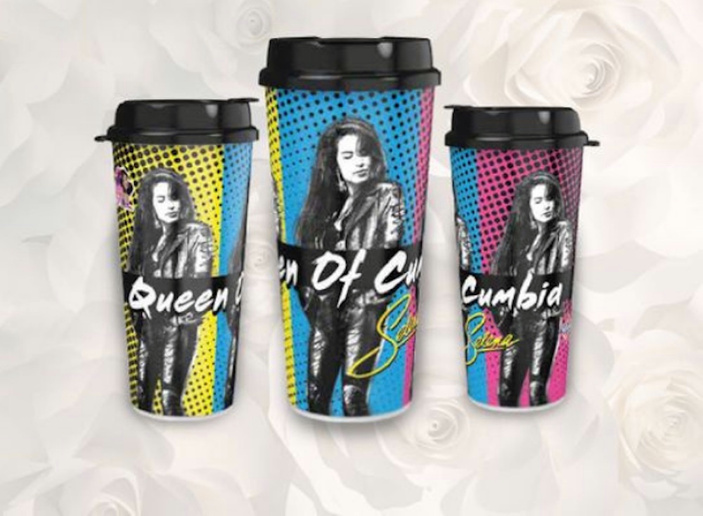 New Selena cups are now available at Stripes locations, kicking off the excitement that builds around the upcoming Fiesta de la Flor, set this year for April 12-13. Courtesy photo

Selena’s sister Suzette Quintanilla will host singer-actress Adrienne Bailon, host of the talk show “The Real,” and an actress in the movie “The Cheetah Girls,” for the annual “One Person Unites Us” discussion at the Selena Auditorium. The event is included in the ticket price on a first-come, first-served basis. It is set for 2 p.m. Saturday.

The Tejano Lowrider Extravaganza takes over the arena in the American Bank Center for two days of an extraordinary custom car show. The show includes the “Anything for Selena” car from the movie “Selena” and the 2019 Lowrider Car of the Year, which was painted in Corpus Christi. The car was featured in Lowrider Magazine.

Live airbrush demonstrations, lifted cars, classic cars, and other world-class cars will be on display. No extra ticket is required. The car show is open 5:30-10 p.m. Friday and noon-10 p.m. Saturday.

Other Fiesta de la Flor features include a kids’ activity zone with face painting, keepsake caricature station, and coloring book; a market of artisans from Mexico, Central and South America, and the U.S.; and a food truck area for refreshments.