Step aboard the USS Lexington for a high-tech tour

Spend a day learning about naval history through high-tech presentations on the historic USS Lexington in Corpus Christi Bay.

The retired aircraft carrier is one of the most decorated  in U.S. Naval history, with more miles and longer active service than any other carrier of its class in the world.

During its 40 years on the job, “Lady Lex” was reported by the Japanese to have been sunk at least four times — leading to a second nickname, “The Blue Ghost,” because it kept coming back. Today, the pale blue lights highlight the ship at night in honor of the brave men who served on board.

“Everybody wants to go to the flight deck, they love seeing the planes,” said Debbie Crites, Marketing Director at the USS Lexington. “It’s great to think about the history of all the great people who have served this ship and all the feet that have walked on the deck.”

The two-acre flight deck houses 20 vintage combat aircrafts spanning from the 1930s to the 1980s. Each aircraft — on loan from the National Museum of Naval Aviation — is retired from military use, from the KA-3B Skywarrior jet to the AH-1S Cobra helicopter.

Inside the ship, self-guided tours walk visitors through the life of a crew mate living on board during World War II. Visitors can use smartphones for additional information by downloading a QR code reader. Displays across the aircraft carrier have QR codes that, when scanned with the smartphone app, give more information about the exhibit.

The ship’s resident ghost, Charlie, may be the most popular tour guide. Actually, Charlie is a hologram of an engine room operator believed to haunt the ship. He tells the story of the USS Lexington’s role in World War II, during which the aircraft carrier spent 21 months in combat. He also details the day the Lady Lex was hit with a Japanese torpedo during an air raid, December 4, 1943.

Virtual battle stations provide a way to interact with the past using a flight simulator situated on the ship’s Hangar Deck. Battle stations have three dramatic aerial combat games to try: World of Warplanes, Combat and World of Warships. The games are fine-tuned with modern graphics to depict epic wartime battles.

A 15-seat flight simulator puts visitors in the cockpit of an F/18 in the thrilling “Screaming Eagles” training exercise. The simulator experience, which is not included in the admission price, costs $5 per person.

The USS Lexington recently installed a brand new laser cinema projector in its 3D theater. It is one of the brightest cinema projectors on the planet.
“It’s a truly spectacular piece of equipment,” said Crites. “It makes the film much brighter, so the colors are really true to reality. It’s just such a wonderful way of showing film through laser.”

Along with the projector, the museum introduced a new signature film: “Aircraft Carrier: Guardian of the Sea.” The action film has an immersive storyline of ships just like the USS Lexington and the role they play in maintaining safety on the seas. The 45-minute long film screens every hour starting at 11 a.m. daily, and is included in the admission price.

If all that history makes you hungry, be sure to stop by the Mess Deck Cafe for snacks, sandwiches and hot food.

The USS Lexington is open year-round, seven days a week, closing only on Thanksgiving and Christmas.

The escape room craze has landed on the USS Lexington Museum on the Bay. “Beat the Blast” is 60 minutes of intense puzzle solvin...

Cast off for the USS Lexington’s newest exhibit. Learn all about the Texas Navy in this exciting 1,000-square-foot area covered floor...

A Salute to Veterans ceremony brought hundreds of retired and active members of the U.S. Military to the USS Lexington Museum on the Bay in...

Beware The Haunting on the Blue Ghost

A demon warns guests not to enter, yet they walk under his widespread arms and wicked smile in fearful anticipation. The tight, hot hallways...

Volunteers needed on the USS Lexington

The USS Lexington wants you! Corpus Christi’s beloved Museum on the Bay has volunteer opportunities with which everyone can get on boa... 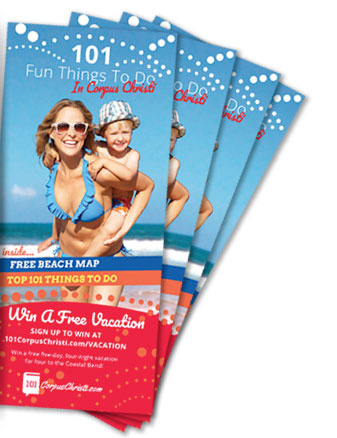