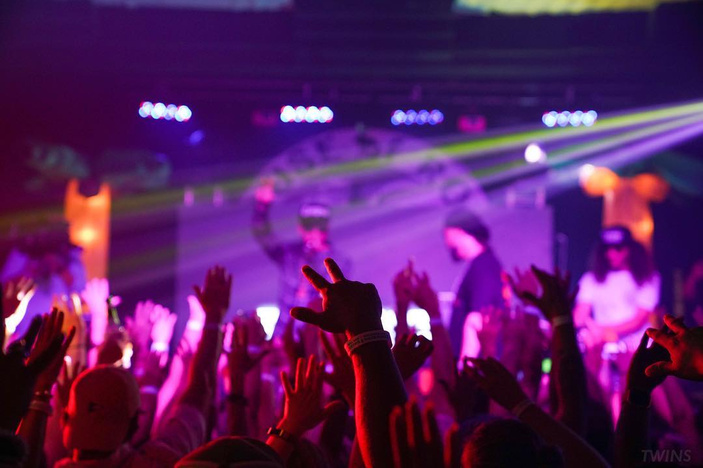 Twist your washing-machine hips at the city’s hottest dance party: Tropicoso brings the steamy sounds from south of the border to downtown Corpus Christi.

Every other month at House of Rock, guests get the chance to dance to a fusion of Latin American and Caribbean sounds.

Tropicoso began with Corpus Christi local celebrity, Dusty “El Dusty” Oliviera, who was nominated for a Latin Grammy for his 2016 song “Cumbia Anthem” and dropped his first album, “Cumbia City,” this summer.

Oliveria brings performers from all over the world — including Peru, Mexico, Colombia, and the Dominican Republic — to bring a unique Latin experience to his home town. The dry-ice smoke, visual projections, and dynamic light displays are perfectly in-tune with the syncopated Latin beats, making the show all-immersive.

“It’s the performance that makes it a great party,” said Oliviera. “The shows started selling out — the line goes around the block.”

Before the music starts, guests can win prizes in a game of Lovers’ Lotería by local painter La Lisa Hernandez.

Tropicoso gets its roots from Peligrosa, a monthly party in Austin that has run every third Friday since 2007. Peligrosa was formed by a collective of DJ’s, producers, and visual artists from across south Texas, all reimagining the sounds of Latin American by mixing it up with something new. Oliviera was a founding member of Peligrosa, and not unlike himself, many of the other members are shining with their music.

“Everyone’s touring the world and coming back to Austin once a month,” said Oliviera. “That’s a cultural movement in itself — it inspired a lot of parties in New York and L.A.”

Peligrosa inspired Tropicoso, which goes down every other month at House of Rock in Corpus Christi. Be sure to grab tickets in advance — the widely popular event is known to sell out.

House of Rock is located at 511 Starr St. in Corpus Christi. For upcoming shows, follow El Dusty on Facebook or visit texashouseofrock.com.