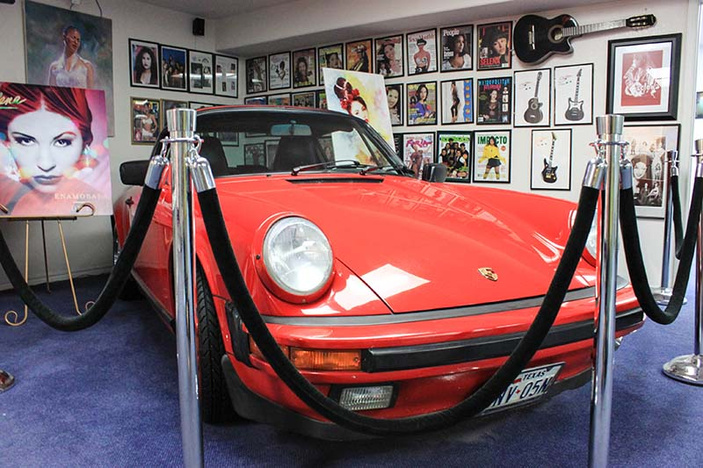 A trip to the Selena Museum will delight any and all fans of Selena Quintanilla-Pérez. The museum is a fitting tribute to the Tejano super star, complete with photos, accolades, her amazing outfits and more.

Visitors step into the life of Selena, walking the same halls where she once walked, touring the studio where she spilled her heart out in song. Every item on display throughout was Selena’s own and not a replica, including a wine-red lipstick stained microphone.

The Selena Museum is situated inside the pop star’s recording studio, Q-Productions. In 1998, the Quintanilla family built the museum in the back of the studio so that fans would be able to honor the late “Queen of Tejano.”

When visiting the museum, you’ll park in the lot of a former body shop turned recording studio. Huge tour buses are lined against the fence in the lot. 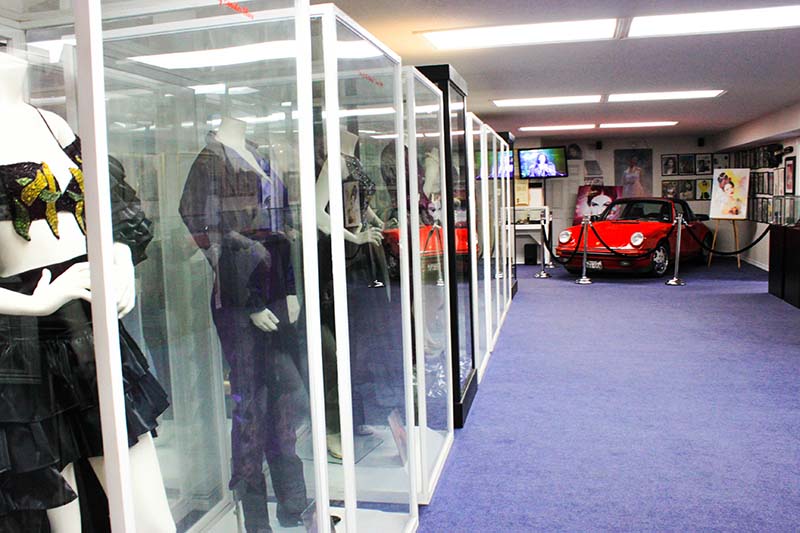 Selena's outfits, some of which she designed herself, are on display. Staff photo by JoAnna Kopp

After paying the $3 entrance free, you’ll get a quick walkthrough of the recording studio where Selena recorded her Dreaming of You album. The room has powder pink carpet and a patch of hardwood floor underneath a baby grand piano. In the 1997 tribute movie, Selena, Jennifer Lopez, who played the role of Selena, is filmed in this room performing “I Could Fall in Love.”

After seeing the recording studio, you’ll be escorted to the museum, which you can admire at your own pace. The museum is a large room, awash in the star’s signature color — you’ll see purple velvet, purple carpet, purple accent walls. Selena’s music plays throughout the room. A television playing recorded live performances showcases the heart and soul Selena poured into her stage presence. 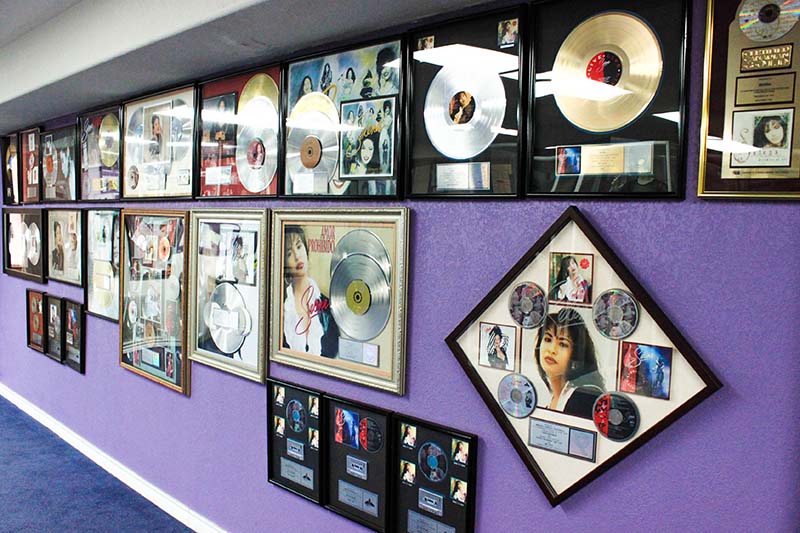 Selena's awards and accolades line the purple walls of the museum. Staff photo by JoAnna Kopp

The room is split down the middle with glass cases displaying more than a dozen of Selena’s most famous outfits on mannequins — many of which were designed by Selena herself. Pictures of Selena wearing the outfits bring the ensembles to life. Her pristine red Porche Carrera is parked in the corner.

Platinum and gold records line the walls. Awards, medals, photographs and other memorabilia are also on display, such as Selena’s hand-made, rhinestone studded bustier collection and several pairs of her tiny shoes. Selena Barbie dolls have a dedicated shelf in a glass cabinet, as well as Selena’s personal Faberge egg collection. Selena’s 1993 Grammy for Best Mexican/American Album “Live” gets a case of its own, lined with rippling purple velvet.

The Selena Museum is located at 5410 Leopard St. in Corpus Christi. The museum is open Monday-Friday, 10 a.m.-4 p.m. For more information, visit q-productions.com/museum.

I’m huge fan of Selena and I loved her music and I wish in Selena fan club my Personal favorite Selena songs are coming la flor, La carcacha, bibi bibi bom bom, Dreaming of you

i love selena she was too young

I Love Selena so much she was the best singer ever

I have to come to Texas for business. I too, had a family member taken away from us. I was really excited and hoping that the Selena Museum would be open. I decided to check to see if the museum was even going to be open due to COVID-19 Pandemic. I just realized that the Selena Museum is CLOSED ON WEEKENDS!!! What a bummer! I doubt if I’ll ever get back to Corpus Christi. This was a one time visit to Corpus Christi. Totally BUMMED! Oh well!! Thanks Quintanilla Family!!

i been a huge selina fan, i trying to lean spanish . i been a singer sitce the 1984 andnow i write my own music, i wanted to meet selina but by the time she was in houston tx she was already muder . she one of favoite singers. and to vist corpis for the fist time i want come to the muzum see for myself what the muzum look like.