Unleash your inner pirate on a Red Dragon Cruise 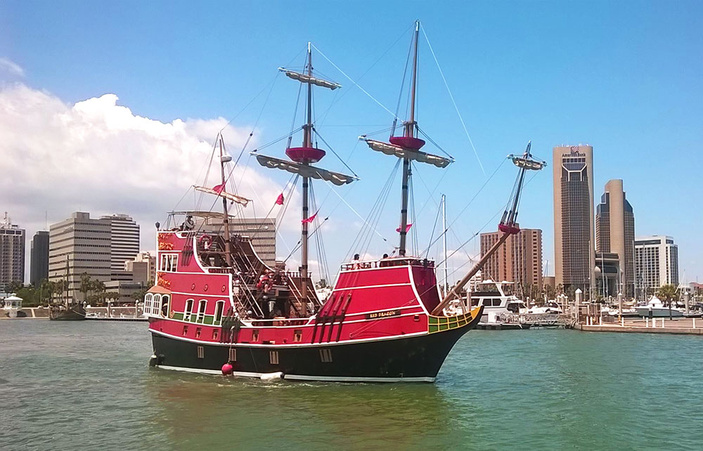 The Red Dragon is 17th century pirate ship above the water line, but a modern technological wonder below deck with the ability to turn on a dime and maneuver any challenge on the seas. Here the ship is shown in Corpus Christi, which it sails to each year for Buc Days when the Mayor walks the plank. Public cruises sail out of Port Aransas. Courtesy photo

Unleash your inner pirate on a Red Dragon Cruise

Red Dragon Pirate Cruises took its maiden voyage from Port Aransas in May 2014, kicking off the latest in entertainment options in the Coastal Bend. Two-hour cruises are offered three days a week from Capt. Kelly's Deep Sea Headquarters at 440 West Cotter Street.

Visitors will sail aboard the Red Dragon, an 80-foot, 75-ton replica of a 17th century Spanish galleon. The trip includes treasure hunts, battles and other pirate-themed entertainment. A fully-stocked snack bar provides drinks and food.

Be sure to arrive 30 minutes early for the dock side show, says Tom Rolls, aka Sir Thomas, Keeper of Hooligans. Rolls is Entertainment Director for the cruise. 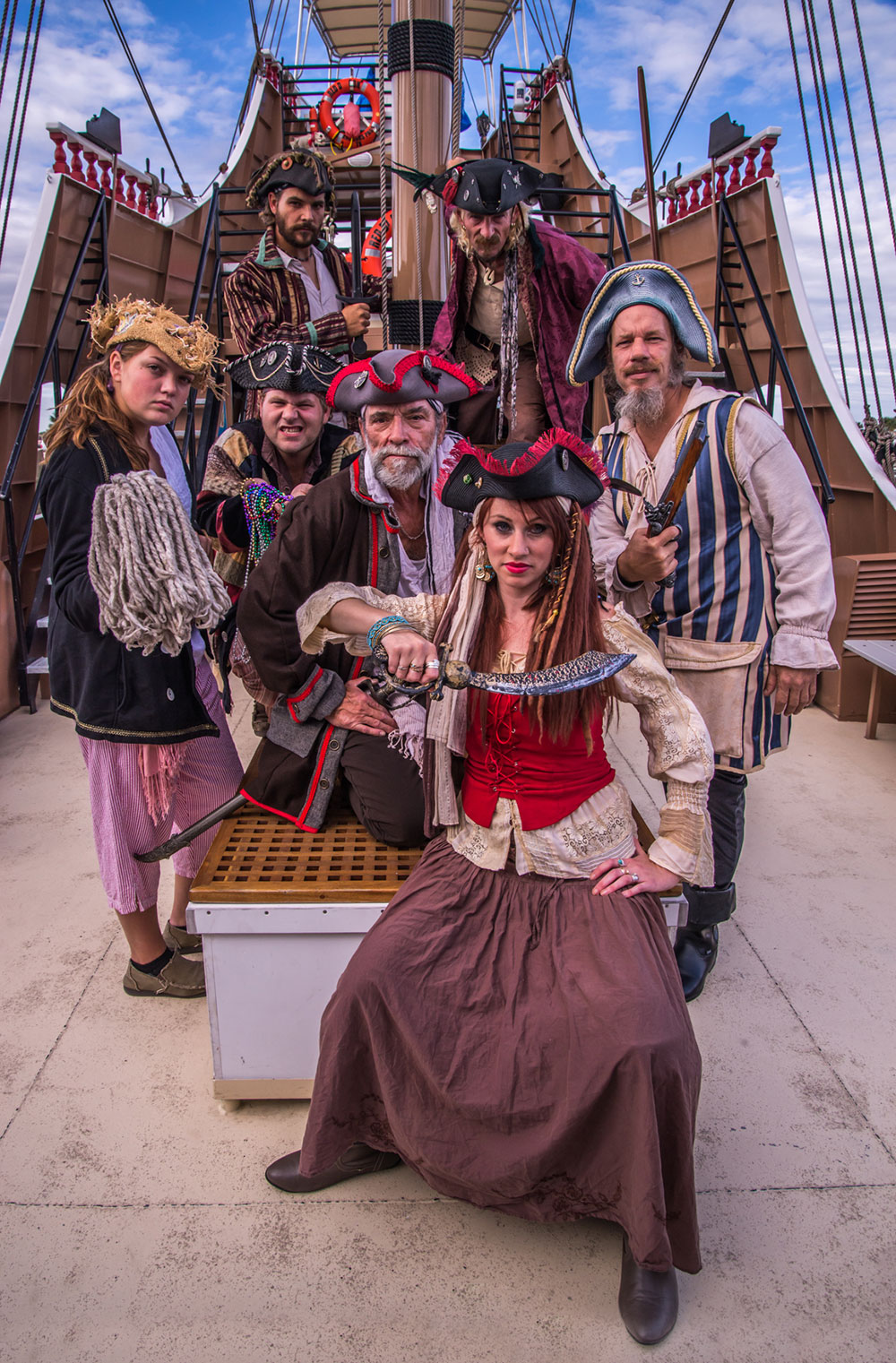 The pirates of the Red Dragon are the scurviest lot of scallawags and hooligans you’ll find in these waters. Courtesy photo

"The pirate tradition runs deep in Port Aransas," Rolls said. “Based on the popularity of our sister ship, Black Dragon in Port Isabel, I strongly recommend that everyone make reservations early online or by phone."

Tickets are available online at reddragonpiratecruises.com or by phone at 361-749-2469 (AHOY). Tickets for a regular cruise are $36 for adults; $25 for children 12 years and younger and free for children under 2.

The ship is located at 40 West Cotter Ave. in Port Aransas, between Fin's Restaurant and Deep Sea Headquarters by the ferry landing.