Splash in the surf on Port Aransas Beach 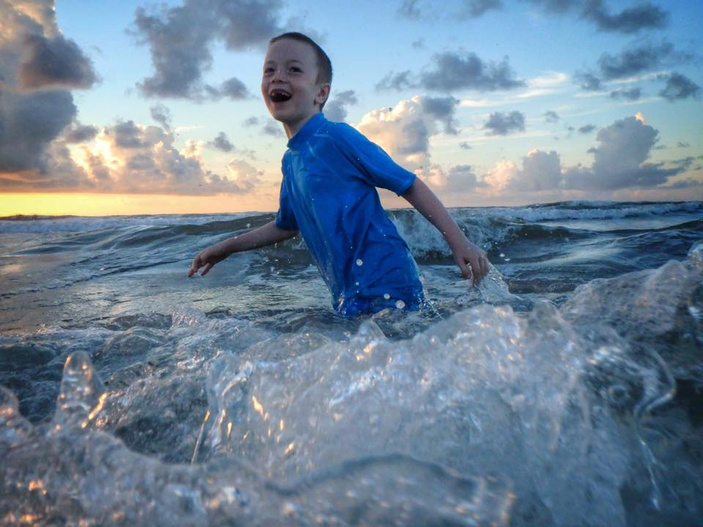 IB Magee Beach on Mustang Island in Port Aransas is home to the Texas SandFest, which lands on a different April weekend each year. SandFest must be held during low tide, which is why the dates change. Staff photo by Daniel Clifton

Splash in the surf on Port Aransas Beach

All 18 miles of the Mustang Island shoreline are open to traffic. In Port A, however, cars park between the road and wooden posts, leaving the beaches open to pickup volleyball games, Frisbees and just plain fun.

Horace Caldwell Pier reopened in May 2018 after it was closed August 2017 due to structural damage caused by Hurricane Harvey. The 1,200-foot-long pier is considered an optimum fishing pier.

Public camping is allowed and opportunities to camp in tents and RVs will soon be expanded. Bids to build a new section of 60-plus new RV sites and new shower and restroom facilities will go out soon, according to Scott Cross, director of Coastal Parks, in late January 2018. New amenities will also include dedicated tent/pop-up camper areas and new laundry facilities. Direct hookups for all utilities, including sewer and breaker services, will be available.

Parking on the beach requires a $12 annual sticker, which can be purchased at any H-E-B or Stripes store as well as the Family Center IGA grocery store. Stickers are required at all the beaches from Port Aransas to Bob Hall Pier in Corpus Christi. Free parking is allowed from markers 52-58 and between the jetties and Horace Caldwell Pier.

Small campfires are allowed on the beach. The area between the dunes and the wooden posts, or bollards, is considered a two-lane state road. All traffic laws must be followed, from wearing seat belts to no texting while driving or being under the influence of alcohol or drugs.

Buggies can be rented in town and driven anywhere along the beach. They are also allowed on any street in Port Aransas with a 35-mph or lower speed limit. They are not allowed on Texas 361.

Beach guards are posted on the beach from Spring Break through Labor Day weekend. The lifeguards take care of the beach area from Avenue G south to Sandcastle Drive.

Build a (legal) bonfire on the beach
More Beaches
Advertisement