Browse Texas State Aquarium for more articles like this. 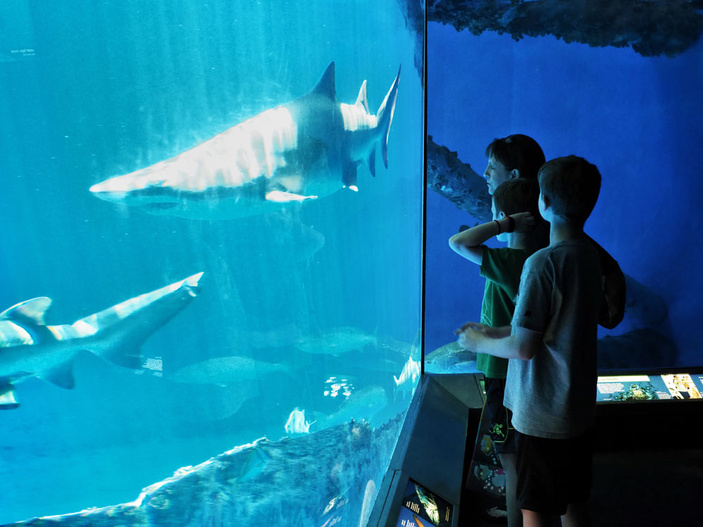 The whole family will enjoy an afternoon at the Texas State Aquarium. Photo by Daniel Clifton

It wasn’t exactly an “E.T.” moment, but watching the smile on Zach’s face as he touched the stingrays in the Stingray Lagoon at the Texas State Aquarium demonstrated why a trip to attraction should be on every families “to-do” list when in Corpus Christi. The trip to the Coastal Bend was short, but it gave my wife, Sheri, and me an opportunity to treat our boys to some experiences they can’t have in the Central Texas area where we live. 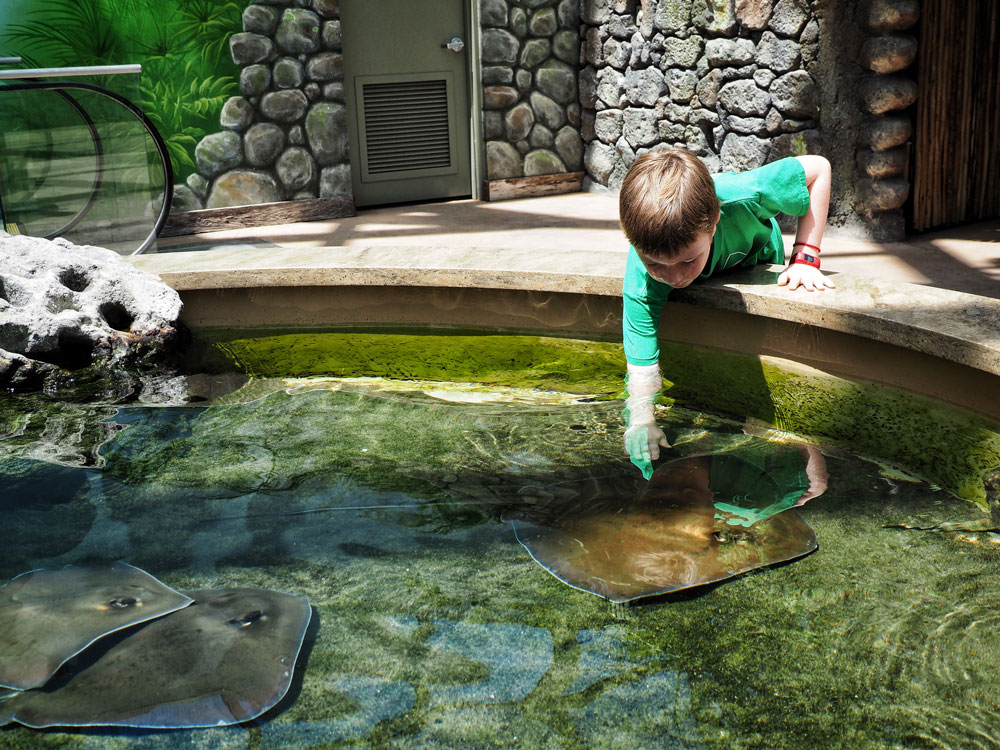 The Texas State Aquarium floated to the top of our list during the weekend trip. First, we had never been to it, though we’ve visited the Austin Aquarium and the Albuquerque BioPark aquarium, which I heard looked at the Texas State Aquarium when designing theirs. Second, it was June in Texas, with daytime temperatures hitting the 90-plus-degree mark. The aquarium offered a bit of respite from the heat, even when taking in the outdoor features.

When planning a family outing, we look for certain things in our activities, including parking. When we arrived in the area around the aquarium, we spotted several “off-site” parking lots that charged $5 or more a day. At first, I thought maybe the aquarium didn’t offer parking and we would have to circle back to one of these lots. But we found plenty of parking at the Texas State Aquarium - all free.

During peak times, those off-site spots may be your only alternative, but before reaching into you pocket to pay to park, swing by the aquarium parking. 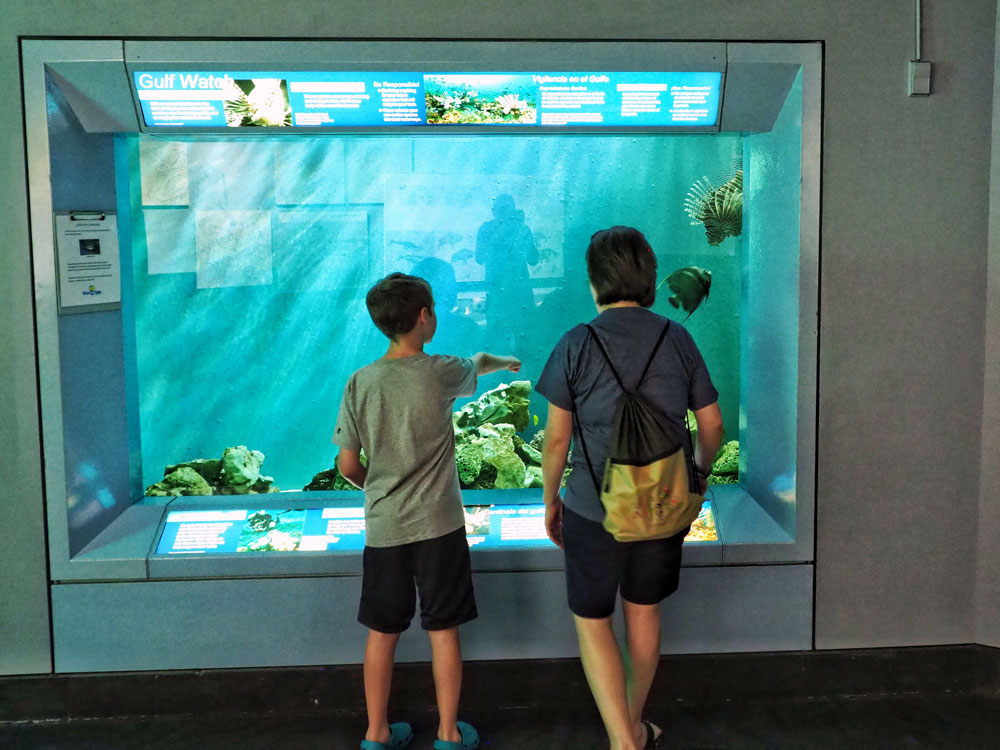 Son Luke gives wife, Sheri, a tour of a Texas State Aquarium display that includes a lion fish, a species introduced to the Gulf of Mexico which has no known predators. Photo by Daniel Clifton

We paid at the front entrance (although the aquarium also offers an online option), and headed in.

One of the top 10 aquariums in the U.S., the Texas State Aquarium has four levels. We started on Level 1 with the Gulf of Mexico display. You’ll discover and learn a lot about the creatures that call the Gulf of Mexico right outside the walls of the aquarium home.

One of the first encounters was a touch tank where Zach and Luke - as wall as Sheri and I - could touch some small sharks. The attendant advised us to take two fingers, place them about midway down the shark’s back, and stroke their skin lightly.

“Cool,” Zach said. Luke, who is 11, seemed a bit more apprehensive, and headed over to one of the many tanks to study the fish. This particular tank included a large eel. 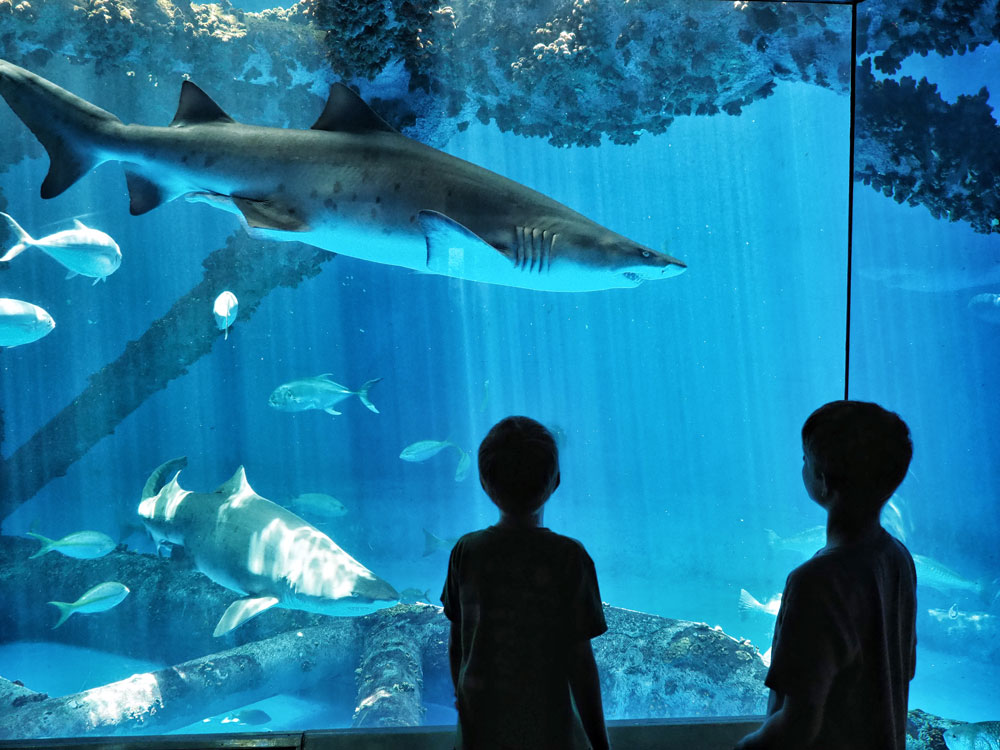 A shark slips by sons, Zach and Luke, at the Texas State Aquarium’s Islands of Steel display. The exhibit demonstrates how sea life has taken to the many oil rigs that populate the Gulf of Mexico. Photo by Daniel Clifton

The Texas State Aquarium gives plenty of information at each display, with placards, and, in several stops, well-informed staff or volunteers. One of the best stops was the Tentacles exhibit, where a gentleman explained how jellyfish aren’t really fish but an incredible and complex organism.

Again, the aquarium set up a touch-tank so people could feel a real jellyfish. Again, Zach wasted no time checking out the jellyfish, though the water was a bit cold to keep algae from forming. Again, Luke hesitated.

But after a few minutes, Luke reached in a gave the jellyfish a gentle touch.

It’s sounds so simple, a “cool” or a “wow” here and there, but my boys are hard core members of the iPad generation. I feel like I’m always battling computer and TV screens for my sons’ attention — or to just get them to do something else for awhile. For the several hours we visited the Texas State Aquarium, neither mentioned their iPads, or even wanting to get back to a digital existence. They immersed themselves in the aquarium and its exhibits.

Despite having a number of indoor exhibits, we never felt crowded or crammed in one space or another. The boys bounced from one exhibit to the next, stopping for several minutes at anything that caught their attention. Luke loved the OCEARCH Global Shark Tracker exhibit where he could track tagged sharks from around the world on a computer screen (okay, we didn’t completely shake the screens).

As Luke delved into tracking sharks, Zach learned that for the mighty Megalodon, Zach would have been just an in-between-meal snack. The Meg (which is what it’s friends call it) is a prehistoric shark that could make a meal out today’s great white shark. If you don’t believe me, step inside the Meg’s jaws. 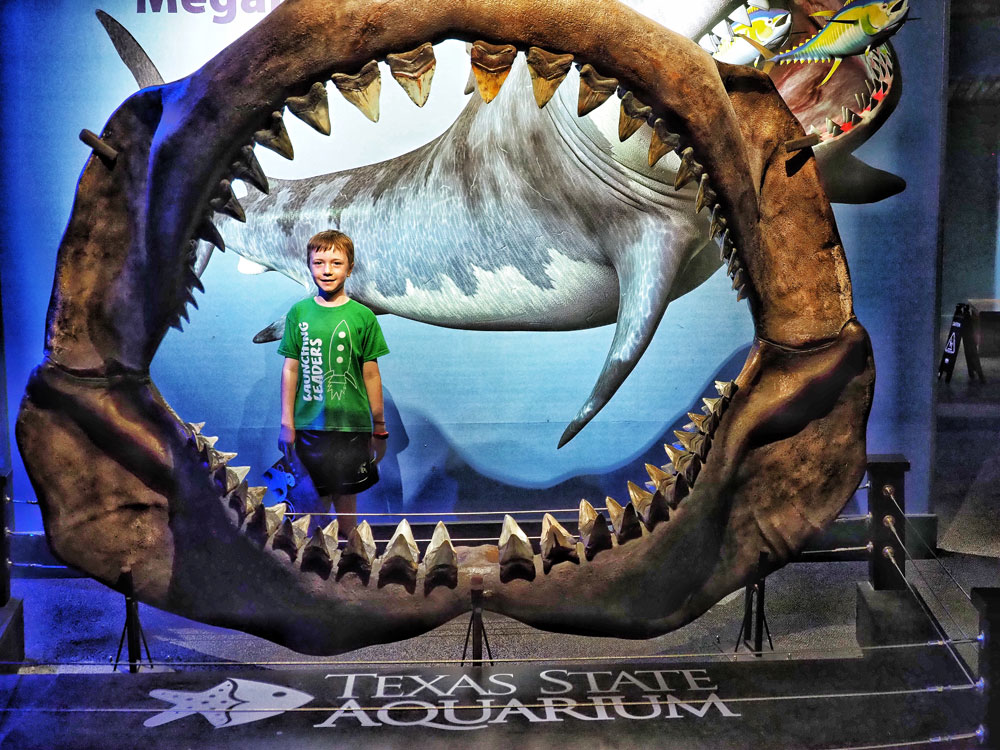 The Texas State Aquarium’s Megalodon jaws represent just how big this apex predator was when it ruled the pre-historic oceans. Though an amazing creature, my son Zach was a bit glad the Meg wasn’t cruising the Gulf of Mexico beaches he loves. Photo by Daniel Clifton

Nearby both the OCEARCH and Megalodon displays we found Islands of Steel, a display of how sea life flocks to oil rigs. Of course, the aquarium included plenty of fish from red snappers to crevalle jacks, but for my boys (as well as Sheri and me), the stars of the islands were the sand tiger sharks circling around.

Luke put his face right up to the aquarium’s glass and looked one of those sharks right in the eye as it swam by. Yeah, he’ll remember that shark — and this trip.

It’s not all fish and undersea adventures, the Texas State Aquarium boasts a number of terrestrial spots including the Caribbean Journey where you walk into a glass-enclosed tropical setting alive with birds, sloths, and plenty of interesting creatures, all roaming freely throughout the exhibit. Long-legged flamingos greeted us as we came in.

After a little time in the climate-controlled Caribbean Journey section, and a stop by the stingray touch-tank, we headed down to the ground floor and outside to the Boardwalk Gardens where we spied some fun-loving otters and a restful, but large, alligator.

Of course, Zach sped over to another tank, this one a stingray feeding tank. The biggest danger here comes from the aggressive sea gulls, which are as interested in the food in your hands as the stingrays. 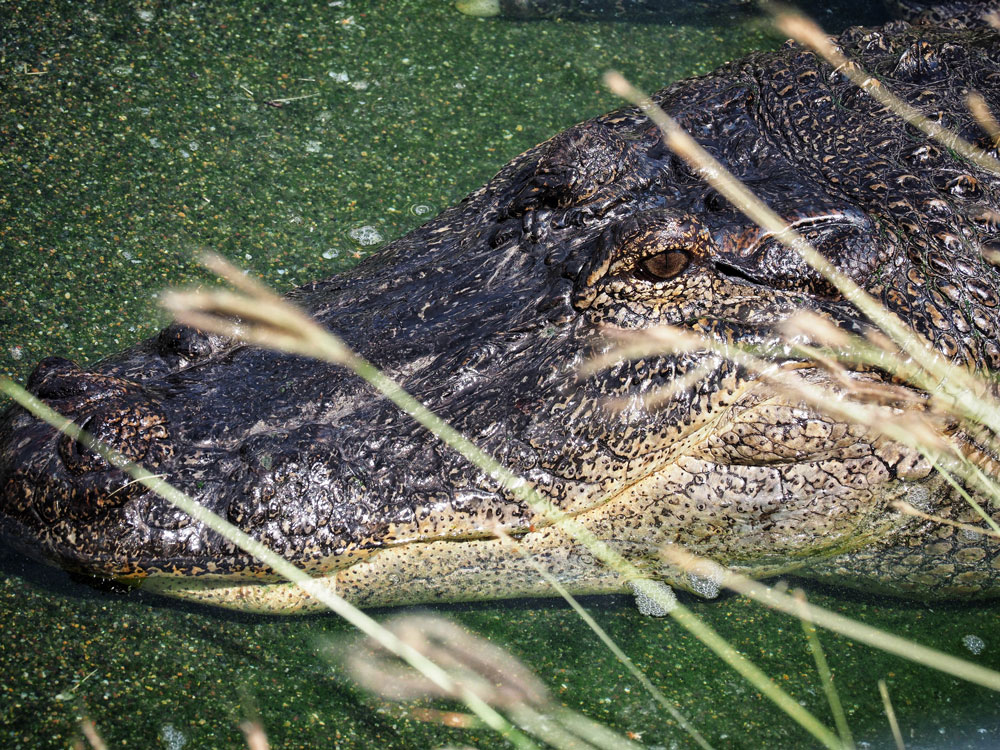 While the Texas State Aquarium features plenty of sea creatures, you’ll discover many terrestrial ones as well, including this alligator. Photo by Daniel Clifton

We spent several hours at the Texas State Aquarium exploring exhibits, backtracking a bit when we realized we may have missed something, but we still didn’t get it all in. I’m sad to say we missed the dolphin show, but that’s something to put down for our return trip.

It wasn’t so much what Zach and Luke has to say as they went from exhibit to exhibit, but what they didn’t say. Not once in the hours we spent at the aquarium did either one of them ask, “When are we leaving?” To me, that’s as good as any five-star review.

Go to texasstateaquarium.org for ticket information, schedules, and more. Here’s a hint, if you’re a family of three or more and you plan on making a few trips to the Texas State Aquarium, I would seriously consider a membership. Along with getting free admission for the year, the aquarium has reciprocal agreements with about 150 other zoos and aquariums across the country (including several in Texas) where, with a Texas State Aquarium membership, you can get nice admission discounts to those facilities.

Find more articles like this in Texas State Aquarium