Rollerblade on the Downtown Seawall 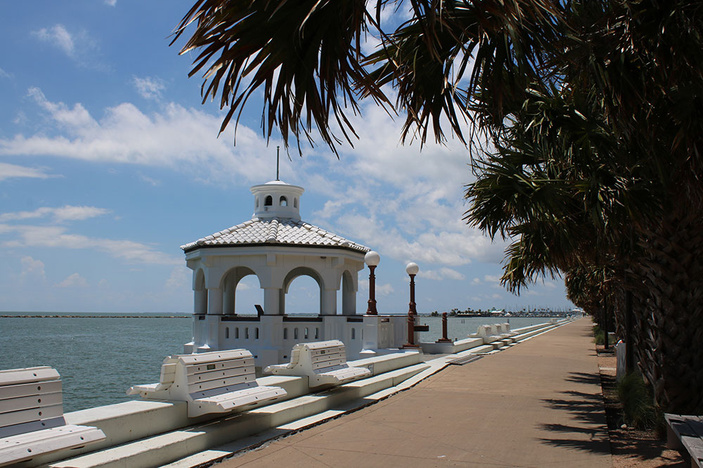 The seawall runs two miles along the Corpus Christi Bay. It's a perfect place to spend an afternoon in the sunshine. Staff photo by JoAnna Kopp

Rollerblade on the Downtown Seawall

The Corpus Christi Seawall is not just a great place to enjoy the bay. The historic — and protective — seawall is a symbol of a city rich in history.

Plans for the seawall date to the 1890s when theCorpus Christi Caller-Times featured an article about how the Sparkling City by the Sea would look in the 20th century. Plans included a seawall along its downtown shoreline.

But it wasn’t until a Category 4 hurricane devastated the area in September 1919 that people decided something needed to be done to protect the city. The 1919 hurricane, which happened before hurricanes were named, hit the city with 110-mph winds and 16-foot storm surges, killing hundreds of people and sinking 10 major vessels.

The seawall you see and enjoy today wasn’t completed until 1941. It covers almost two miles between the American Bank Convention Center and McGee Beach and raises the shoreline elevation to 14 feet above sea level.

The steps are a great place to lounge, walk, roller blade, bicycle, jog or explore with eight gazebos overlooking the bay. You’ll find the Selena Memorial in one of the gazebos. Also nearby is the Corpus Christi Marina and a number of restaurants and shops.

The concrete steps of the seawall make it unique; the fact that it faces the rising sun makes it iconic; its history gives it a symbolic importance in the city’s life.