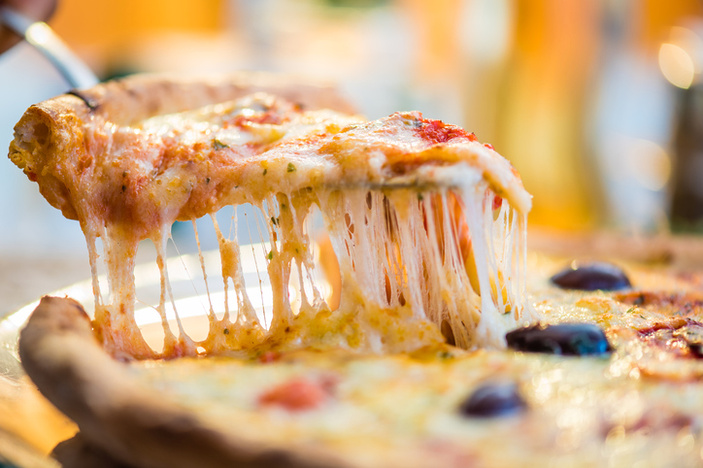 As both a college town and tourist destination, Corpus Christi has plenty of pizza parlors. Varieties are endless as are the different kinds of beer you will find as you take on the quest of finding your favorites.

A search for the best pizza in Corpus Christi ranges from chain restaurants to locally owned and operated eateries, each with its own delicious deviations on taste. Whether hand-tossed or thin crust, homemade marina, fast store-to-door delivery, you can get it all in the Coastal Bend.

The first pizza was developed in the 1800s in Naples, Italy. Even today, a true Neapolitan pizza comes with perfectly browned edges straight out of a domed, wood-fired brick oven.

Also a thin crust pizza, New York-style pizzas are usually sold by the slice, cut from extra large pies dripping with melted cheese. New Yorkers eat their pizza on the go, usually folded in half taco-style so it’s easier to eat.

In St. Louis, the pizza comes with a thin, unleavened, cracker-like crust that is cut in squares rather than triangles. Called a tavern cut, the square or rectangular pieces are popular for big parties and extra thin crusts.

Sicilian pizzas start out square with a much thicker crust than the three pies mentioned above. In fact, the crust in a Sicilian can be as much as an inch thick, topped with extra helpings of sauce, cheese, meats and vegetables.

Deep dish pizzas made popular in Chicago can be as thick as two inches. The crusts are commonly made with cornmeal or semolina and often dyed yellow. They are baked in an oiled pan to deliver a crispy, buttery fried flavor.

The crust of a traditional pan pizza is somewhere in between the thin of a New York-style and the thick of a deep dish. About a half-inch thick, they are usually hand-tossed and pan-fried with a soft, chewy center. It is the most common kind of pizza crust, especially in chain restaurants such as Dominoes, Pizza Huts and Papa John’s.

Corpus Christi pizza chefs have definitely conquered the art of pizza making from the crust to a wide variety of toppings. Dozens of pizza restaurants dot the landscape of this college and tourist town, where everyone always seems hungry for a new way to consume America’s favorite Italian food.

Whether you order takeout or delivery or decide to sit down and eat at one of these fine restaurants, you’ll find an infinite variety of pizza pie in Corpus Christi. Here are just a few of our favorites. What are yours?

Family-owned-and-operated, this pizza place goes beyond the pie, offering many other Italian favorites. Ingredients are fresh, and the pizzas are bigger and better priced than many of its competitors’ offerings. Live music on Fridays! Menu at eatmorepizza.cc.

One of the most popular music venues in town began serving food just a few years ago. It’s now one of the best places to eat downtown, known especially for its amazing hand-tossed pizzas cooked on stones. Also, how can you go wrong with 80 beers from which to choose, including craft selections? Build your own pizza or order by the slice. Also offers salads, sandwiches and appetizers. Menu available at texashouseofrock.com.

In-house brews complement the great selection of pizzas, including vegetable-packed vegetarian pies. Also, hit up the original B&Js at 6335 South Padre Island Drive, which has been around since the 1970s. Create your own pizza online or download the menu at bandjspizza.com.

Seems there’s a competition going on between pizza places claiming to have New York-style pizza. Brooklyn Pie is a good entry and a great reason to start a pizza trek to discover for yourself who has the best. Also has locations in Austin and Round Rock. Order online for delivery on the Island at brooklynpie.com.

Now here’s a different kind of pizza joint. It features gyros on the menu with its strombolis and calzones. Keeping with the Italian/Greek theme, you can also order baklava or tzatziki. They make their own marinara sauce and feature a list of speciality pies that include sesame seed-trimmed crusts, steak and chicken or (our favorite) the Mediterranean Sunshine with olive oil, garlic, fresh tomato, oregano, black olives and mozzarella and feta cheeses. Check out the menu at maggiespizza.com.