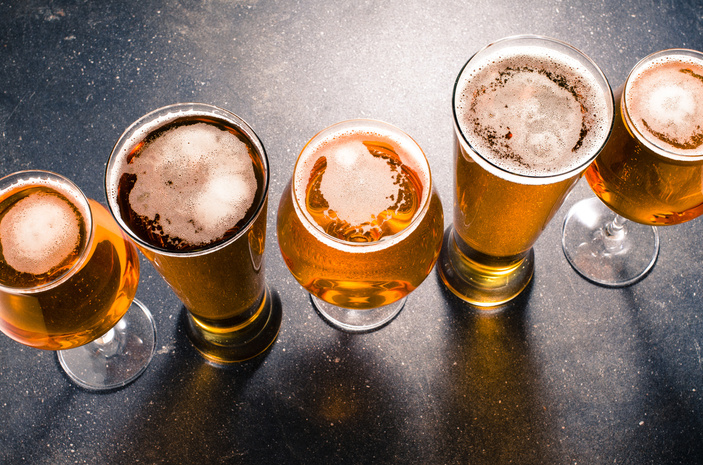 From a light blonde to a thick porter, the craft breweries in Corpus Christi have a beer everybody.

Hops, yeast and malt, oh boy! Go on a beer-venture in Corpus Christi. The sparkling city by the sea has no shortage of craft breweries.

When visiting a tasting room, follow these three tips:

1. Take your taste buds on a flight

Be sure to order a flight of beer when you arrive. You’ll get a selection of the brewery’s best beers in 2 ounce glasses. Try the porters, IPAs, belgians - everything that the brewery has to offer to have a well rounded experience.

If you get the chance to tour the brewery, ask as many questions as you like! The brewmasters are passionate about their work and will be eager to answer any and all of your questions.

3. Take something home with you

If the brewpub or brewery offers growlers, signature glasses, t-shirts or any other sort of goodies, take the experience home with you! The souvenir will last a lifetime, and you can brag to your friends about how well-versed you have become in the world of beer.

Start your beer-venture in Corpus Christi with this list of local favorites.

This small batch brewery was started by a group of friends in 2010 after experimenting with a homebrew kit. The brewers found their passion, and opened up the Lazy Beach Tap Room. They’re constantly experimenting with their recipes and add a new beer to their lineup each week. The brewery is kid friendly, with giant jenga and long picnic tables. There is also a rotating lineup of food trucks each weekend to pair with your pint.

Swing by and have a pint with Lorelei Brewing Company. The brewery is named after a German lore: Lorelei rock on the Rhine River fooled sailors for centuries, where they thought they heard a beautiful mermaid singing. The “singing” was actually caused by an echoing waterfall at the bottom of the Lorelei rock. Thus, the mascot of the brewery is a German mermaid. You can easily spend an entire day relaxing on their patio, playing games like giant connect four, corn hole, giant jenga and more.

Rebel Toad Brewing Co.’s taproom has a stage for live music, all kinds of family-friendly games, food trucks and a delicious selection of artisan beers. The brewery was opened by a former teacher in 2015, who found his passion for brewing through watching beer-centric documentaries. Learn a thing or two about beer when you visit his brewery.

Located in the S.E.A. (Sports - Entertainment - Arts) District, the Railroad Seafood Station Brewing Company has been offering up craft beers for nearly a decade. The large brewery has over 1200 square feet of space for you to enjoy. The brewery also hosts weekly events, like Geeks Who Drink trivia night on Thursdays and Paint Nite on Saturdays.