Catch a fly ball at a Corpus Christi Hooks game 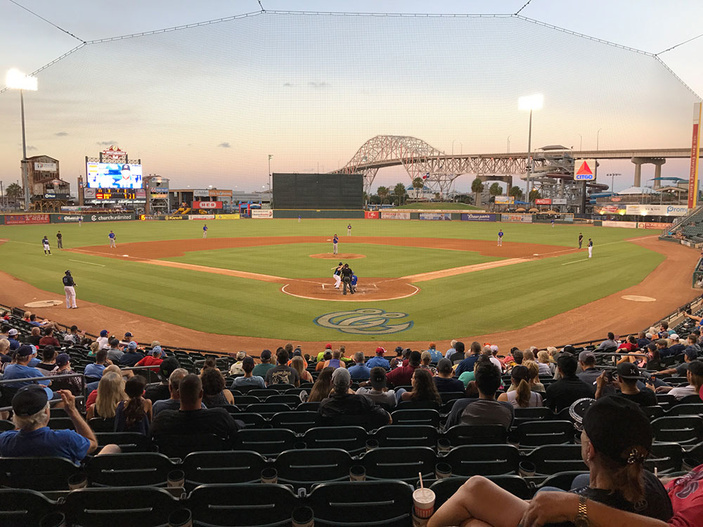 Catch a fly ball at a Corpus Christi Hooks game

Located at 734 N. Port Ave. in downtown Corpus Christi, the stadium resembles an old-fashioned ballpark but includes all the comforts of a modern-day facility. The field sports a large interactive playground, a youth-sized baseball field, a basketball Sport Court and a 27-foot rock-climbing wall. The stadium also includes a pool and a spa.

While watching the game, you can take in the views of beautiful Harbor Bridge, Corpus Christi Bay’s ship channel, the USS Lexington and the Texas State Aquarium. Scenic vistas can be seen from any spot in the stadium, except maybe the field where the players have to concentrate. 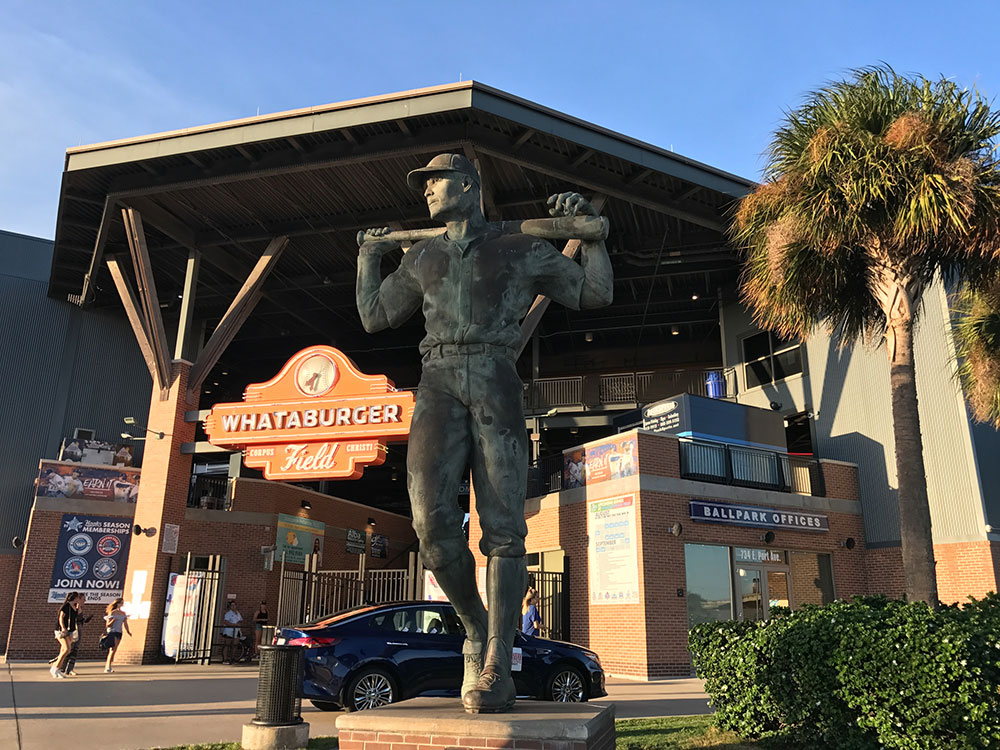 Catch a game at Whataburger Field, outfitted with a full Whataburger restaurant inside. Staff photo by JoAnna Kopp

And don’t forget to stop by Hook, Line & Sinker while in the park to purchase all your favorite Hooks merchandise and baseball gear.

The best souvenirs come off the bats of players, however, whether as fouls or home runs. Every seat’s a good one in a small venue stadium like Whataburger Field.

You can reserve seats for games Sunday-Wednesday for $10 if pre-ordered by calling (361) 561-HOOK (4665) or going online. Game-day tickets sell for $12. Thursday-Saturday, early-bird tickets can be purchased for $12. Game-day tickets are $14. The cheap seats on the outfield berm are just as much fun for only $5 Sunday-Wednesday or $6 Thursday-Saturday.

Check the Hooks website for sales and special events, which happen year-round.