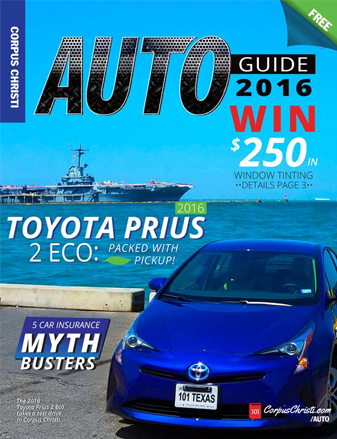 IT’S ALL IN THE DETAIL AT ZIEBART 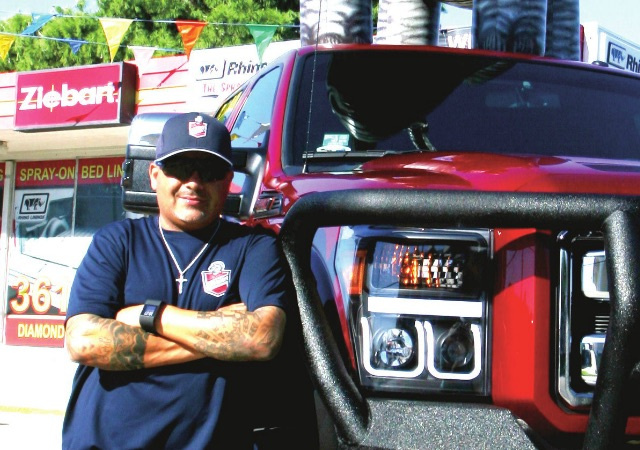 Ziebart owner Rick Saenz is proud of his tricked-out Ford truck. It’s been fully ‘Ziebart-ed,’ he said. He’s also proud to be the only Rhino Bed Lining dealer in the Coastal Bend. Photo by Carrie Robertson Meyer

IT’S ALL IN THE DETAIL AT ZIEBART

When Rick Saenz drove his prized 2015 Ford King Ranch F250 off the car lot, he went straight to Ziebart Auto Care Service, where he gave it the full treatment, including accessories.

“I have everything you can possibly think of on that truck,” he said with pride, naming the grill guard, lift steps, front and rear Road Armor, Rhino bed liner, undercoating and Diamond Gloss paint. A deep burgundy color, the truck is the perfect advertisement for Saenz, who owns the Corpus Christi Ziebart at 4535 Everhart.

Becoming a Ziebart franchise owner was something Saenz wanted since he was a young boy polishing his Matchbox cars. As he got older, he began detailing bigger vehicles and fixing them up with tinted windows and other accessories. His passion became a business, which he ran from his home.

He then opened Absolute Detailing, which he owned and operated for 11 years before the Ziebart franchise became available and he bought it.

“I just always remember a Ziebart being around and how well it did and how successful it was,” he continued. “I started something similar, not even ever thinking it was possible to own my own Ziebart someday. I really wanted to do that.”

Now, after five years as the owner, Saenz has turned the Corpus Christi Ziebart into one of the top 10 shops out of the 400 in the United States.

“I attribute that to my employees,” he said. “They are all properly trained technicians. They do it right the first time.”

As a national company, Ziebart has been around for 55 years. It is well known for its auto care services, which include interior and exterior detailing, paint and body protection, undercoatings and other vehicle upgrades. At the Corpus Christi Ziebart, Saenz can repair scratches and scuffs then put on a coating that will prevent them in the future. He can restore scratched headlights and chipped windshields. He can tint your windows, install a remote car starter or spray on a bed liner, just to name a few of the many services available.

But getting the ultimate treatment from Saenz and his well-trained crew isn’t just about the glitz and glitter of accessories or the convenience of car starters. It’s about protecting your auto investment from the elements, which is especially important in the Coastal Bend.

“A lot of people say about Ziebart, ‘Call us or rust,’” Saenz said. “The perfect vehicle is any vehicle that’s been Ziebart-ed. Once it’s Ziebart-ed, your vehicle investment’s been protected. There’s no oxidation on your paint, no fading, no breaking of the clear. It’s going to keep it as new as possible for as long as possible.”

New cars aren’t the only candidates for Ziebart treatments. It’s never too late to Ziebart your vehicle, Saenz said. An automobile that has been “Ziebart-ed” has been fully protected from the regular, everyday wear and tear that decreases the value of your automotive investment, he said.

And bringing new life to old vehicles is the part of the job Saenz likes best.

“It excites me when I see a customer see what we can do,” Saenz said. “I like to see the before and after of an old ugly car and make it like brand new. Customers are amazed.”

Call the Corpus Christi Ziebart on 4535 Everhart at (361) 985-9274. Learn more about what Ziebart can do to protect your vehicle at ziebart.com.

Commercial Motor Company Has a Vehicle for You

Eddie’s Gulf Radiator Has The Solution