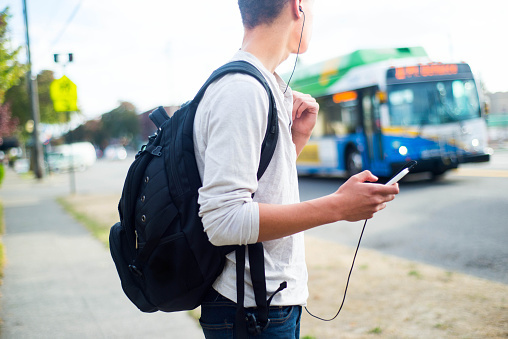 Parents are now on the hook for kids playing hooky after Sept. 1 law took affect.

As parents get ready for the start of another school year, they also have something to learn. A new truancy law takes effect Sept. 1 that places more responsibility on them and the schools for monitoring and assuring student attendance.

Attendance at school is still compulsory, but students referred to truancy court will no longer face criminal (Class C misdemeanor) penalties for truancy. Texas was one of only two states that criminalized truancy for the student until the state legislature changed the law during the past legislative session this spring. Supporters of the new law viewed the criminalization of truancy as excessive, and criticized it as disproportionately affecting poor and minority students.

Parents are now the ones on the hook. They remain potentially subject to criminal (Class C misdemeanor) penalties if it can be shown that the child’s non-attendance at school is the result of the parent’s “criminal negligence.” Parents could be found guilty of a misdemeanor offense and fined $100 for the first offense and as much as $500 for a fifth or subsequent offense.

Under the new law, legally mandated procedures begin when a student has three unexcused absences in a four-week period. When this happens, the school is required to inform the parents of the absences, warn them of the penalties for violating the truancy laws and request a face-to-face conference with them to discuss the absences. The student is required to be enrolled in a truancy prevention program and might be referred to counseling or required to follow a behavior improvement plan.

When faced with truant conduct, schools must determine the cause and assess whether the absences arise from the student being homeless, pregnant, in foster care or as a result of being their family’s primary earner. If the truant student falls into any of these categories, the school is required to offer counseling support and cannot refer the student to truancy court.

If, however, the student does not fall into these categories, the student and parents can be summoned to a truancy court and undergo a trial by jury to determine guilt, whereupon the judge of the truancy court can enter various remedies against them.

If found guilty, the student could be ordered to attend school, educational or counseling programs or boot camp, perform community service, and suffer the loss of driving privileges. These orders, if violated, are enforceable by civil contempt punishable by money fines and, in the extreme case, a referral to the juvenile court for further proceedings.

Similarly, parents can be ordered by the judge to assure their child’s attendance, to prevent contact with persons that might be contributing to the child’s truancy and, in certain cases, to attend counseling, and perform community service. If found guilty of criminal negligence, the parent can be fined between $100 and $500 for each truancy offense. Each date the child is absent without excuse constitutes a separate truancy offense.

Andrew Greenwell is a lawyer with a civil trial and appellate practice with a focus on commercial litigation. He was listed as a Super Lawyer in 2011-12 and 2014-15 and a Best Lawyer since 2005.